Dr Chris Orloff graduated from the Dental Programme at King’s College School of Medicine and Dentistry in 1989. He and his partner Sarah, a dental hygienist, initially worked in the home counties of England before making the big move to Australia in 1992. Forever doing things in their own style, they arrived in the remote and dusty outback town of Coober Pedy just a week after their wedding.

In 1995, their first daughter Hannah was born and a few months later the three of them made the big move across the Nullarbor to the northern beachside suburbs of Perth. Chris then commenced a three year long, full time training role in Orthodontics whilst still working as a General Dentist in the evenings and weekends. After which he was awarded a Master of Dental Science degree from the University of Western Australia and later conferred a Membership in Orthodontics from the Royal Australian College of Dental Surgeons.

Once Chris completed his training, a number of positions followed in Perth before the beginning of Class I Orthodontics. The longest running location within our Class I clinics is Kalgoorlie, which started in 1999. Rockingham was then opened in 2002.

Since the expansion of Class I Orthodontics and the birth of their second daughter Maya in 2000, there have been a number of changes both personally and professionally for Chris.

Dr Orloff has worked consistently within that time, dedicating huge amounts of energy to learning and refining efficient orthodontic techniques and bringing these to Class I Orthodontics.

Invisalign changed the world of Orthodontics by creating the first digital patient specific orthodontic technique with customized treatment, designed for each individual patient.

Over the years, Dr Chris Orloff has developed an interest in the impact of sleep disordered breathing in both children and adults. He is currently studying towards a Graduate Diploma in Dental Sleep Medicine and sees this as another opportunity to serve his community.

After leading a very busy professional life, Chris still manages to get away from it all. He lists boating and diving as his interests and loves nothing more than to escape down south with his family & friends when the opportunity arises. 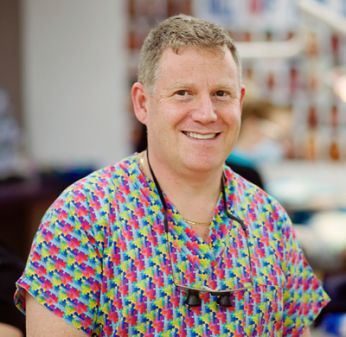